In the dimmed and darkened space of Victori + Mo (renamed to Dinner Gallery) all of the pressure is on one piece: Myles Bennett’s “The Captive” – a 5 layer canvas painting formed from 90 feet of fabric and bolted to a panel high along the wall. The gallery itself is painted over in a slate black for this exhibition. To me it feels like you’re inside one of those old-timey pinhole cameras.

Just like the time it takes to capture an image with a pinhole camera, Myles’ painting invites time as a main character into the space. Visitors can take their time and wonder for a while within the space, examining the layers and uncovering the mystery.

In “The Captive”, ink and watercolor mix upon 3 of the 5 layers, flowing and following through to the remaining two. Left to chance, the colors unintentionally form a mix of murky and bright, dark and light, sinuous and splotchy. Within the unintent lies a hidden figure that came to be within the top layer of the piece. You have to see it in person not only to find it, but to understand it.

In a discussion with the artist, we talked about the mystery – both forming and preserving it, and of not giving too much away. Examining how the ink and watercolor played with one another, and the way the figure played out. She (the figure) was intended to take form from the aforementioned mix, but how could that be when the mediums were also mixing by chance? And is she a captive per say, or does her character stand apart from the assumptions about the piece?

I didn’t need to know. 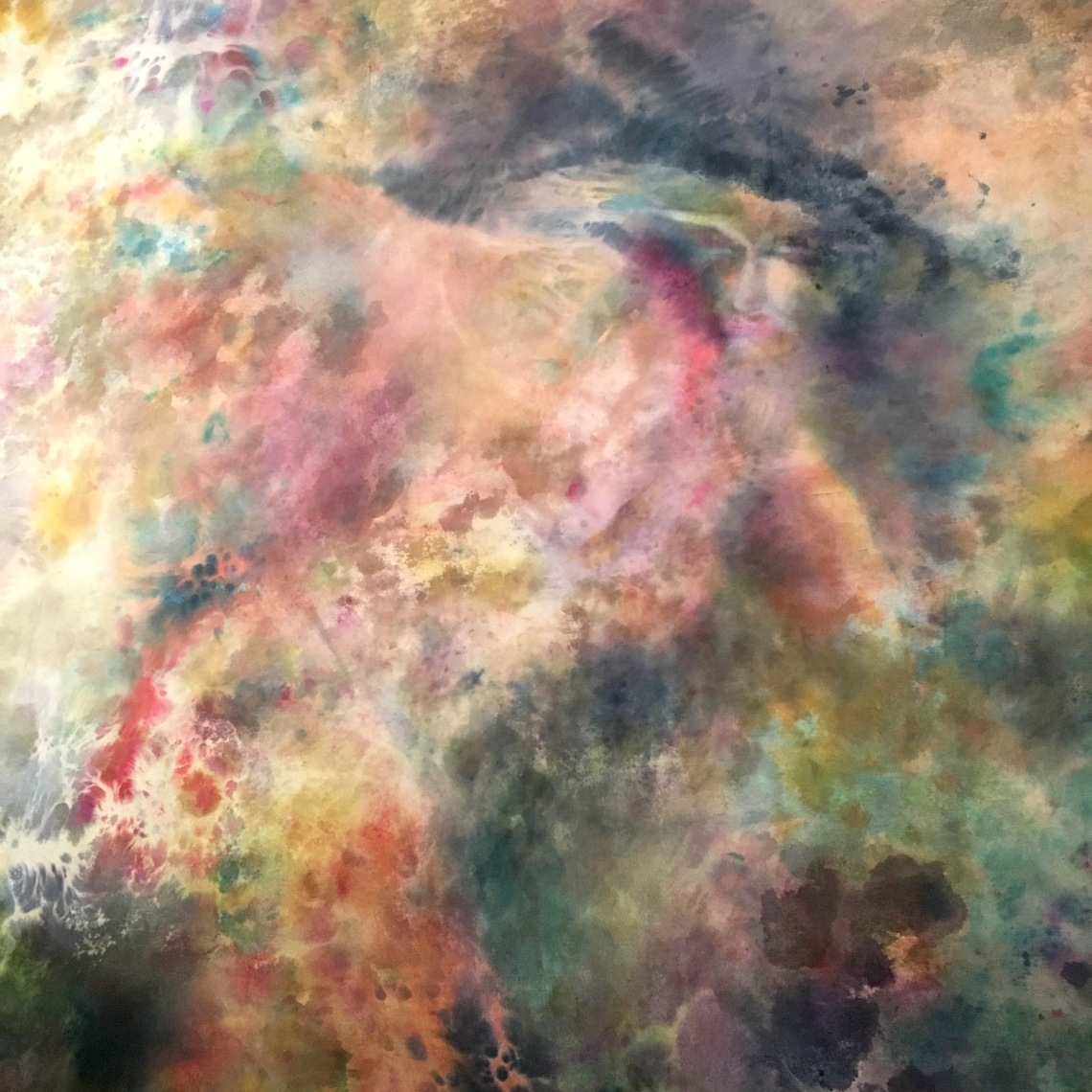 At Victori + Mo, Ed Victori and Celine Mo push the artists to activate the entire space, transforming more than their section of the wall, and encompassing every corner and edge of the room. Past shows like “30 Under 30ish” (remember the ping pong table?) and “American Vanitas” (there was a singing fridge) bring back those fun and all-encompassing memories of an art space where the works, the artist(s) and gallerists are nothing but all in.

Myles Bennett’s “The Captive” is on view at Victori + Mo gallery through November 25th. 2016.